It was made at the workshop TRIP, on the exhibition "Fun for the whole family" of the american artist Dan Graham, in the Museum of Contemporary Art (MSU Zagreb). This film is a component of the curriculum material for the following subjects: SCENOGRAPHY - elective course (A,B,C and D), Academy→ read more 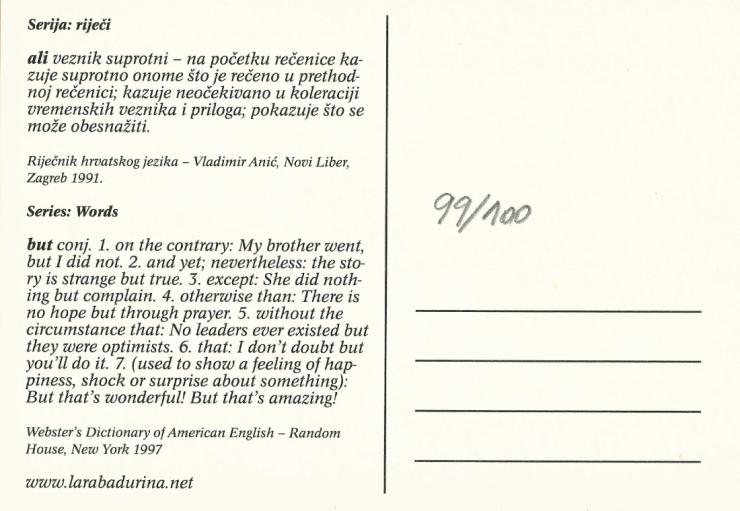 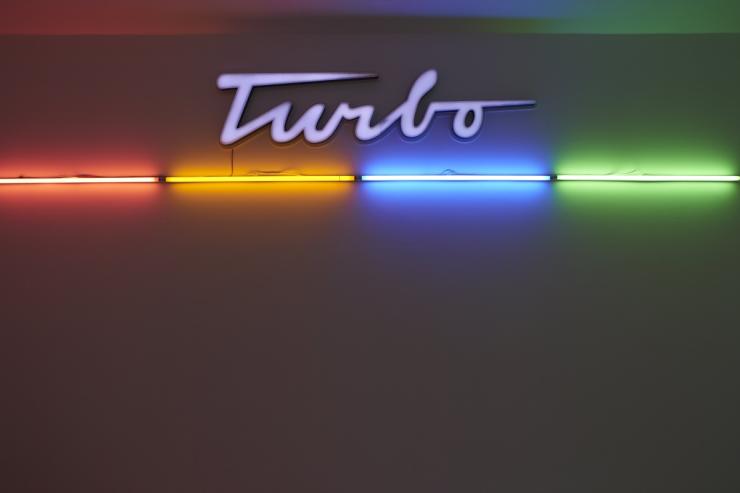 In the spirit of the times, driven by the idea that their work would make a strong contribution to contemporary art, the Minimalists read philosophical essays that helped them clarify their ideas and enrich their professional vocabulary.1 Their accomplishments still serve as an important reference point for artists, especially because→ read more 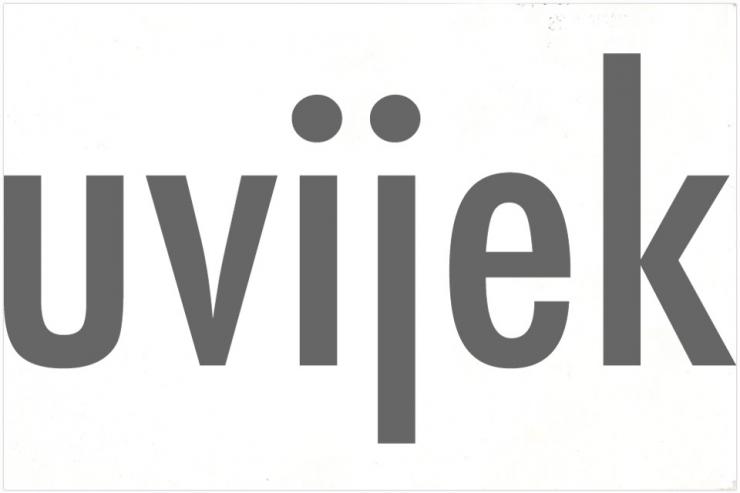 Always adv. 1. every time; on every occasion; without exception: We always sleep late on Saturday. 2. all the time; continuously; uninterruptedly: The light is always burning. 3. forever: Will you always love me? 4. in any event; if necessary: If it rains I can always stay home. Websters Dictionary of American→ read more 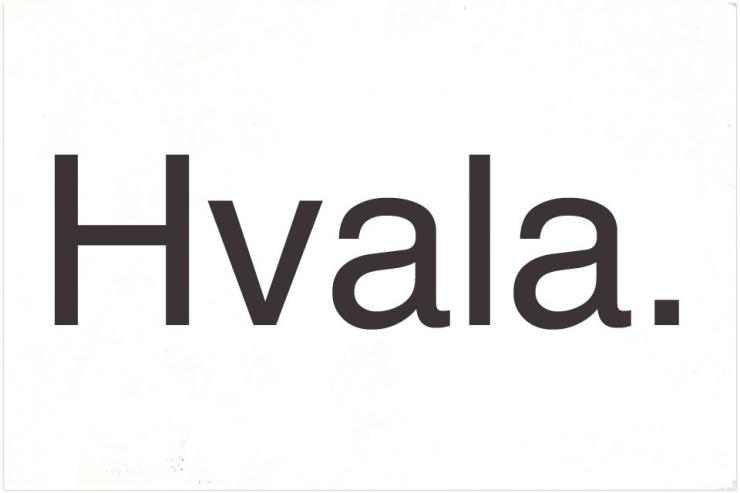 THANK - verb (with obj.) express gratitude to (someone), especially by saying „Thank you“: Mac thanked for the meal and left.- used ironically to assign blame or responsibility for something: you have only yourself to thank for the plight you are in. ORIGIN Old English thancian, of Germanic origin; related to Dutch→ read more 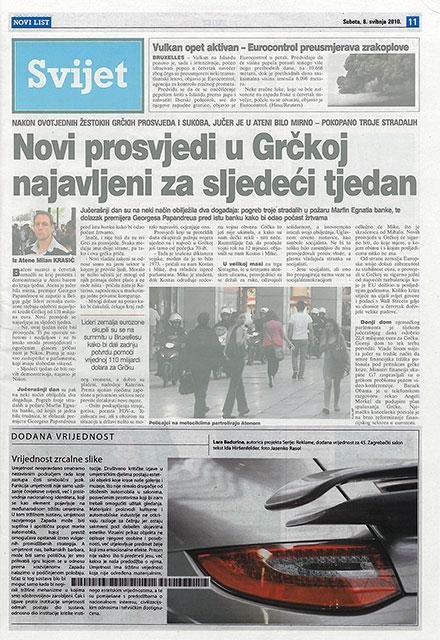 Media Intervention Content The basic elements of the series Advertisement are scepticism about the value systems in the various fields of work and the inquiry about the ways of reception of visual and textual information, which legitimise and promote those systems. The essential doubt derives from the artist's reflection on her own→ read more 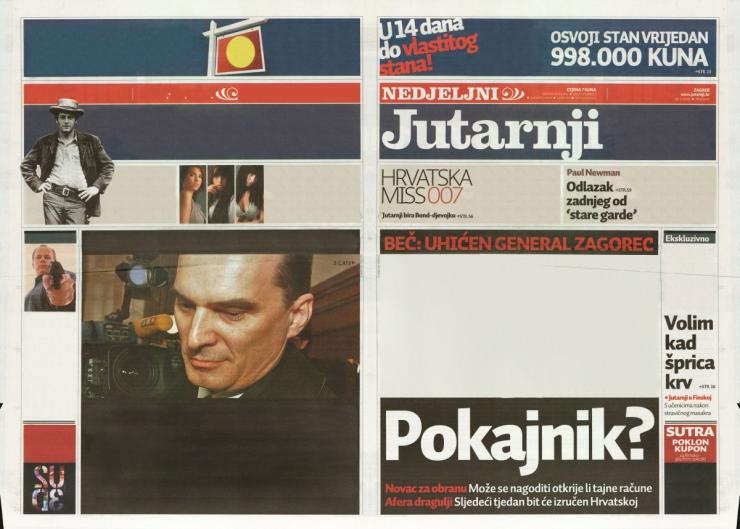 Work titled Series Jutarnji list, 2008 comprises seven graphic prints, realized in digital print. Series is a sequence of selected newspapers front pages dating from 2008. Like a previous series titled Vase Series, this piece too deals with a paradigm of reproduction and meaning of the original in objects production. In→ read more 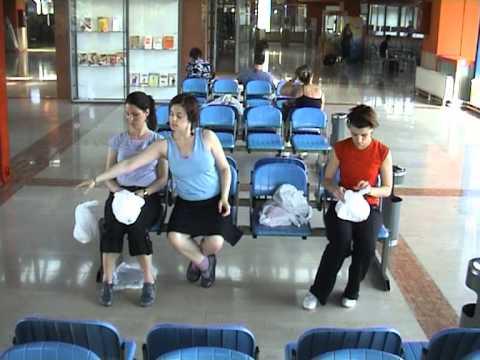 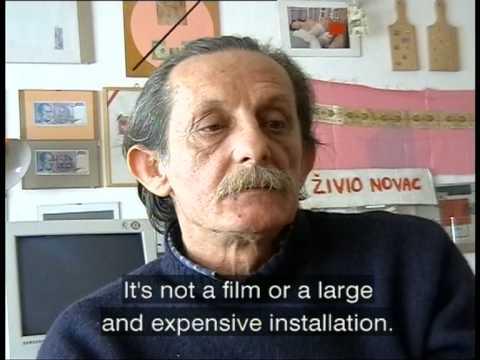 'Work in Progress' was inspired by artists personal situation, but also the general problem of contemporary artists, who make art in their free time, after they have finished with the jobs that secure their material existence. The project was moreover triggered by the fact that in Croatia it is extremely hard→ read more 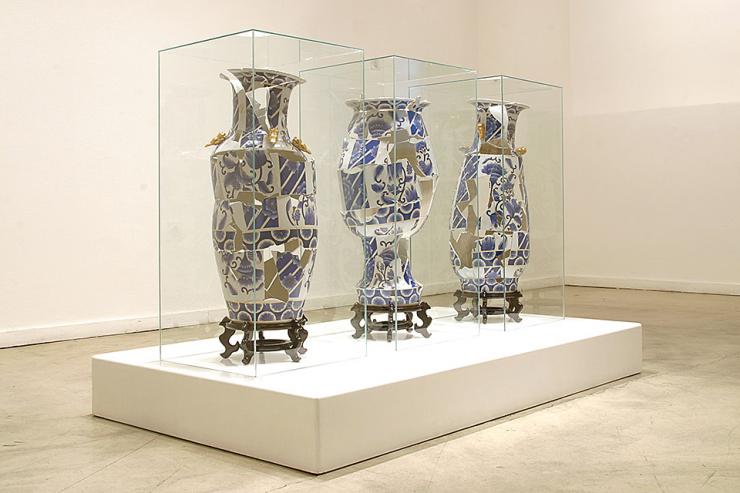 Series 4 height: 62 cm Because of the basic shape, these vases can also be classified as Qiqiu Ping. The motif recalls the blue and white qingbai style, which derives from Song dynasty. Earlier examples of vases of this style are smaller, while the size of the later specimens indicates they must→ read more 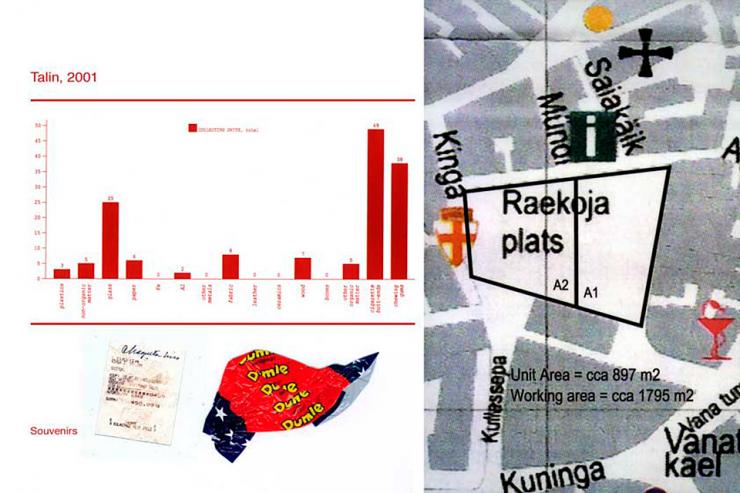 The work on the project is conducted in three stages following a recurrent pattern. The first part of the action takes place in an urban agglomeration, a chosen city. I carry out the action applying the archaeological method of collecting, listing and marking the objects I found. I create a→ read more